Have you ever met the speaker sound suddenly disappeared when you was watching film. You want to fix it, Although the small audio has been changed and iPhone has been rooted, the problem is still the same. If you've been in this situation, you're going to be so upset. Now, Vipprog wrote the wizard about why that is and how to fix it.

The external sound is produced by hand-free speaker. The problem is mainly caused by no handfree, which is easy to fix. The relevant components are large and small audio chips. We can check the motherboard. We assemble it to tester assembly and turn it on to test. Except the ringtone handfree, other sound from the speaker and receiver as well as the recording is normal. The volume button works smoothly. If something wrong with the volume button, then the problem is very likely to be caused by the large audio chip.

Based on the working principle, the Charge Jack connects handfree speaker to power amplifier chips. First measure the diode data to ground of pin 31, 32, 33, 34 which are used by Charge Jack J1817 to connect handfree speaker. Thus we can judge whether the circuit between Charge Jack and small audio chip is normal. The testing pins of J1817 are shown in picture 1-1~3. 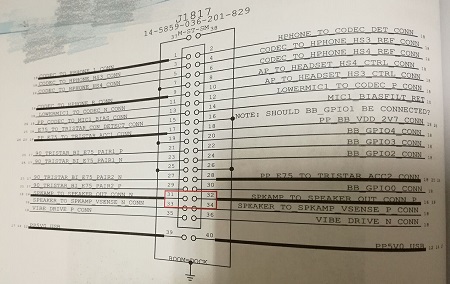 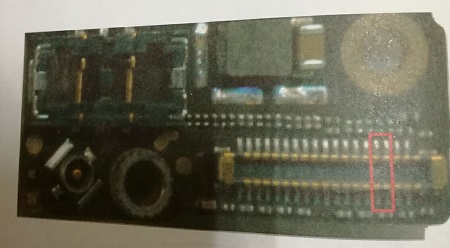 After measurement, the data is normal. Next, we check the working condition of audio amplifier as well as the I2C1 and I2S2 bus of communication circuit between audio amplifier and CPU and main audio chip. The pins are shown in picture 1-4. 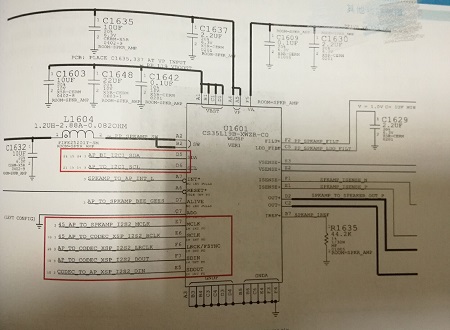 Remove the audio amplifier and measure the diode data to ground flowing to CPU signal and I2C2 bus solder pad, as shown in picture 1-5. The data is normal, which suggests CPU and the I2C2 signal circuit of audio amplifier are normal. We have met these problem several times. They all caused by the faulty I2S2 bus. We need to restore the CPU. Before removing CPU, we check schematic circuit diagram again and find that I2S2 bus is also connected to big audio chip. However, the signal AP_TO_SPKAMP_I2S2_MCLK is not connected to large audio chip which uses signal AP_TO_CODEC_I2S0_MCLK. This signal passes a resistor R0301 (picture 1-6). The material object of R0301 is shown in picture 1-7. 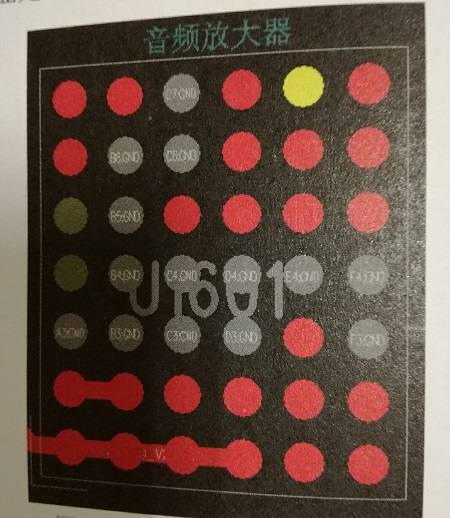 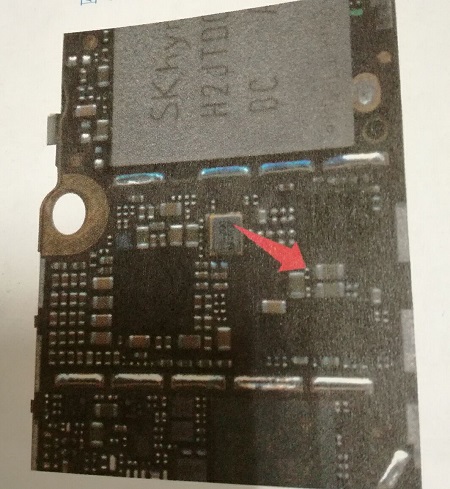 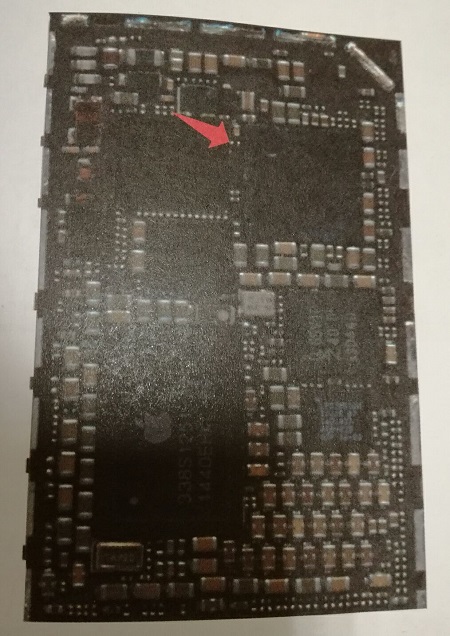 Finally, assemble audio amplifier and turn it on to get into IOS to test the ringtone, music, film and call. All of this back to normal, you can use your iPhone happly.