Sometimes you can come across this situation that your iPad 4 touchscreen function are not working. When find this problem you should solve early. In common, It's the easiest to spot touchscreen function whether or not is it flexible. Now vipprog engineer provide a guide to check and fix your iPad. Hop[ng you can benifit from it.

ISSUE:
The customer said that his iPad 4 lost touch response in particular area of screen and could not be used normally. He has replaced two brand new touch screen to test, but the problems are still the same. Therefore, we can be sure that the problems happen in motherboard.

SOLUTION:
1. Turn on iPad and install the ketchpad software to test. We find that a part of vertical screen touch is unresponsive to touch. First teardown the iPad, measure the diode data of touch screen interface. One of the data cables’ diode data is infinite, as shown in below picture. 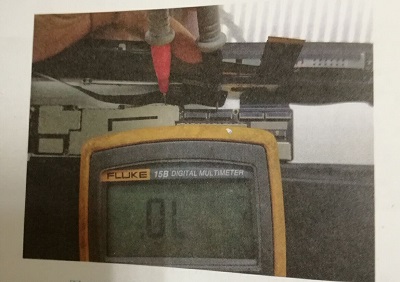 2. Opening the bitmap software, we can see that the data cable is connected with the touch screen chip and testing point TP169 at the back, as shown in below picture. 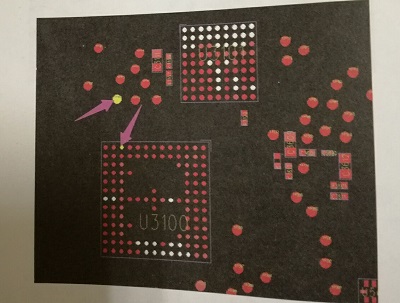 3. The measured diode data of test point TP160 is more than 600, as shown in below picture. The data is the same as that of other cables’. Thus we conclude that there is line barrier between touch screen socket and its back. 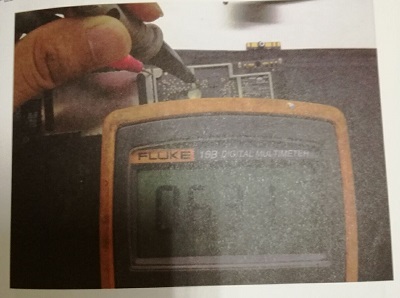 4. After confirming the problems, solder a wire from touch screen socket to the test point at the back, as shown in below picture. 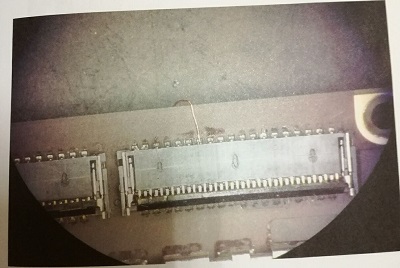 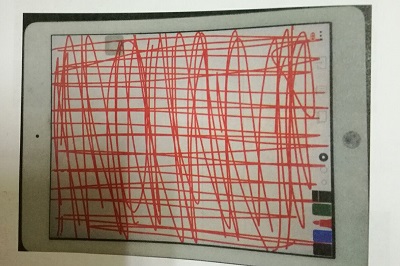